As many Americans complete their Thanksgiving feasts and look forward to the celebration of Christmas, Kwanza or Hannukah, Yezidi Americans, prepare for their most important time of fasting. The Rojit Ezi or the Fast Of Ezi is a three day observance of fasting and time spent with family and making offerings to charity and those less fortunate.

Yezidis are immigrants who came to America from Syria and Iraq. They are an ethnic minority who have lived among the Kurds for thousands of years, but unlike most of their neighbors in that region, Yezidis are not Muslim. In fact, they have been persecuted for nearly a thousand years for their steadfast refusal to embrace Islam. If you have heard of Yezidis it is probably because of the ‘ethnic cleansing’ carried by Saddam Hussein in the 1970s and 1980s. More recently they have been targets of ISIS.

They are a unique people in that their monotheistic religion predates Judaism and is based largely on oral tradition.

“Our beliefs are not in a book, but we practice them in our lives. People used to call us ‘sun worshippers,’ but it isn’t that we think that the sun is God, instead we believe that the sun is a representation of God’s light shining down on all of us. We say, Roj Nure Khode, which means it is God’s light” said Gulie Khalaf.

Khalaf, director of Yezidis International, wants to share the story of the Yezidis. Khalaf was born in Syria and spent her childhood in a refugee camp there. Her family came to America in 1998 and settled in Lincoln, Neb. in 2007. Khalaf became a citizen in 2004.

During the day she works as a substitute teacher for Lincoln Public Schools. The rest of her time is spent working at St. Matthew’s Episcopal Church where they host several programs for the Yezidi community, including “The Grandma Project” – an effort to help the older women of the Yezidi community learn to speak English and learn to drive. The community in Lincoln is one of the largest Yezidi groups in the U.S. and consists of approximately 3,000 people.

“We are so grateful to St. Matthews for welcoming us and allowing us to use their space to help empower our community while respecting our faith. Throughout history, we Yezidis were often known to have good friendships with people of other faiths and take care of each other during catastrophes, whether it was Armenian Christians who needed to be saved from Ottomans or the Telefar Muslims escaping from ISIS. We believe good souls are everywhere – and they are certainly present at St. Matts!”

The time of fasting of the Rojit Ezi occurs over three days in the second week of December. The fasting ritual takes place from dawn to dusk. Yezidis believe that fasting is a time to expand their sense of compassion for others, to deepen their sense of gratitude for all that they have, and to focus their minds on prayers for their community.

“Our spiritual leaders remind us ‘guneh wa eb belengaza bit’ to feel compassion for the less fortunate,” Khalaf says. “Our forefathers used to say ‘zikêa tir haji zikê birçî nîne,’ the full stomach does not feel the pain of the empty stomach.”

During the fast, families awaken early to eat a large breakfast to give them sustenance for the day. They are supposed to refrain from eating, drinking and using tobacco from dawn to dusk. During the day, they are also supposed to pay extra attention to their language and their thoughts. They have been taught, Khalaf says, that a Yezidi person cannot simply fast with their stomachs; they also must be fast with their hearts and minds.

At the end of the day, after the sun has set, Yezidis break their fast with a large banquet, usually inviting friends and neighbors over to share the meal. Games are often played and songs are often sung while people gather in community. On the fourth day, the Eda Rojia, after three days of fasting, the faithful break their fast and celebrate, greeting each other by saying eida te pîroz bet or happy holiday!

Community is one of the most central aspects of Yezidi culture. They are a fairly closed society in that you cannot convert out of or into being a Yezidi. In spite of all they have been through, their beliefs center on being kind to their neighbors, and respectful of other cultures.

“Yezidis have been threatened with annihilation and destruction for a thousand years, but we believe that the soul is eternal and that the body is nothing more than a garment. So, while we have been through trauma and horror, we also look at the world through the lens of history. Worse has happened to our ancestors and forefathers and my hope is that we can, like them, continue to pray for humanity, and believe good souls come in all colors, genders, and religions.” 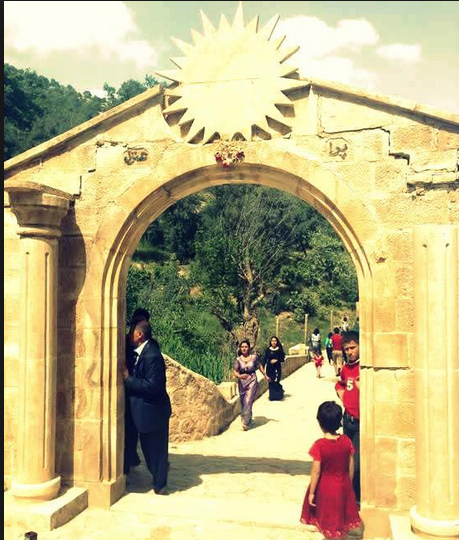 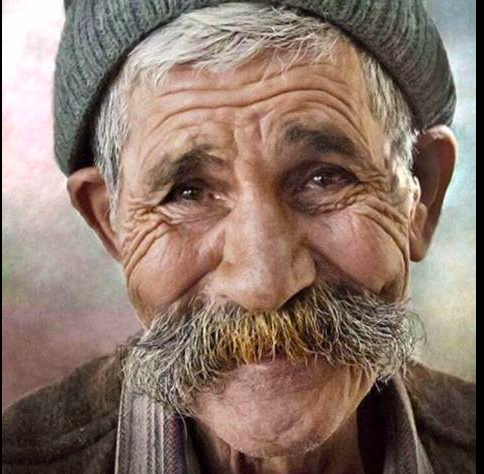