As a distinct ethno-religious group, most Yezidis (Yazidis) live in  Iraq,  Syria,  and Armenia while those in diaspora are mostly living in Europe . Yezidis have some rituals and customs of their own but also have some which are   influenced by the groups around them.

If you are invited to a Yezidi home, bring a box of cookies, pastries or a box of chocolates. A fruit basket is also appreciated.

Hospitality is a tradition deeply ingrained in the culture. Visitors are treated as kings and must always be fed and looked after.

Children are baptized at birth, and circumcision is common but not required.

After death the body is washed. The body is buried immediately thereafter, the head pointing east and the face turned toward the north star. They are buried in conical tombs with hands crossed.

Every Yezidi should have a Shaykh, a Pir (spiritual guide), a hosta, a mentor and a brother/sister for the afterlife  (bra u khoshk a akhrata).

Soil and water from around the tomb of Sheikh ‘Adî in Iraq is sometimes used for healing illnesses. The sheikhs and pyirs perform healing rituals as one of their regular functions.

each Yezidi during his life undergoes a ritual wherein they become bonded spiritually to a brother and
sister of their faith from a family different from the one they are born into.The spiritual sibling relationship is established to assist the Yezidi soul into next life. According to Yezidi beliefs, one’s heavenly brother and sister will be waiting to assist one’s soul when one departs from this world, and act as guide for the soul through their journey in the spiritual world.

the Yezidis marry young. One must marry within the Yezidi community; there are also restrictions on marriages between the clerical and lay classes.The prospective husband must pay a bride-price (kalam  or nakht).e marriage ceremony begins with the escorting of the bride from her father’s house to that of the groom. Along the way she prays at each shrine she encounters, or clerical house which is considered holy.

Yezidi men were traditionally distinguished by their shirts worn closed up to the neck, which are prescribed by their religion. They wore white trousers and cloaks, and their hair was tied up underneath a turban, the color of which marked the various orders of the clergy. Women wore white skirts and trousers and adorned themselves with kerchiefs, bracelets, coins, and rings. Married women were dressed in white and wore shirts similar to those of the men. This has very much died out, but is noticeable in some small villages. 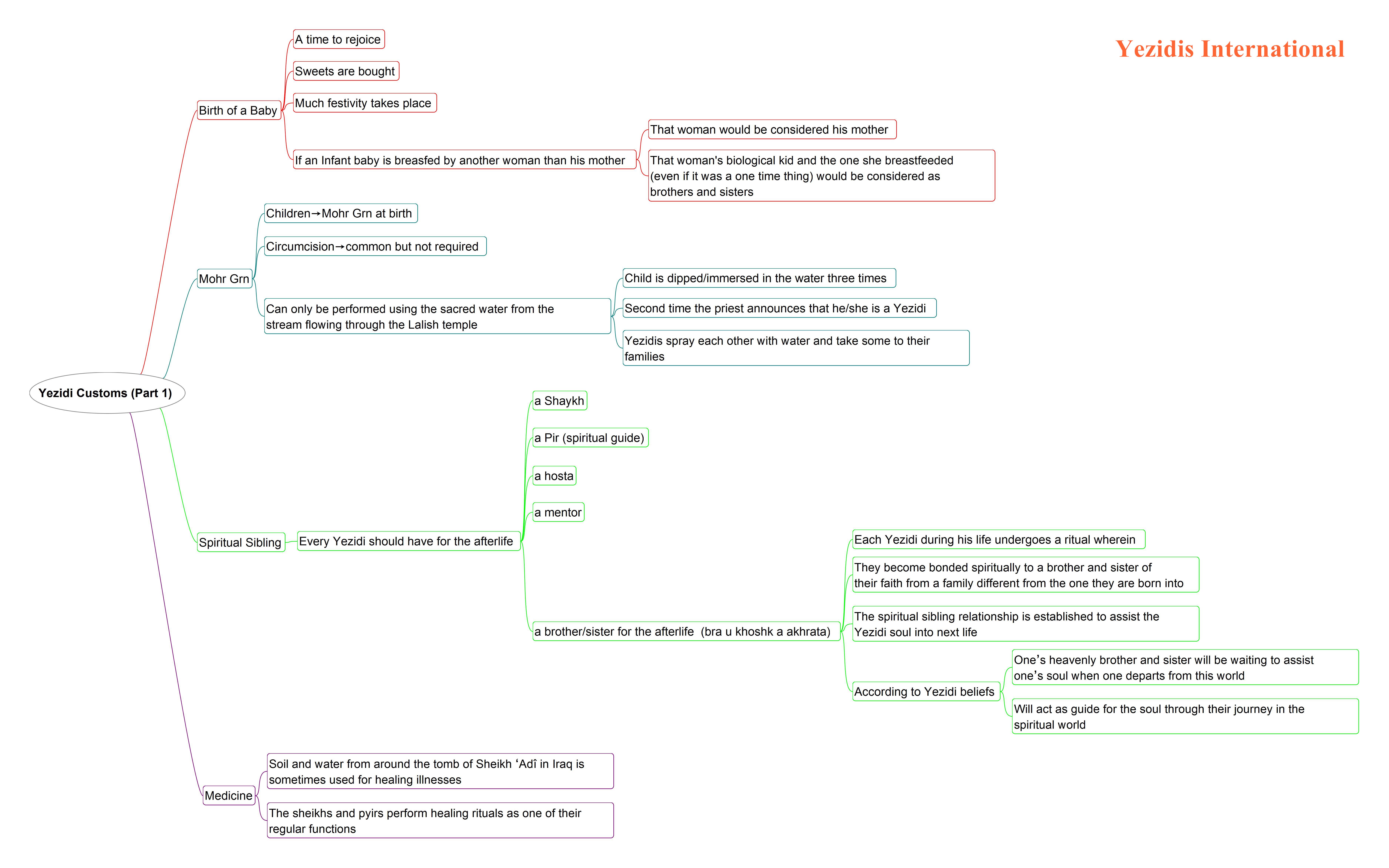 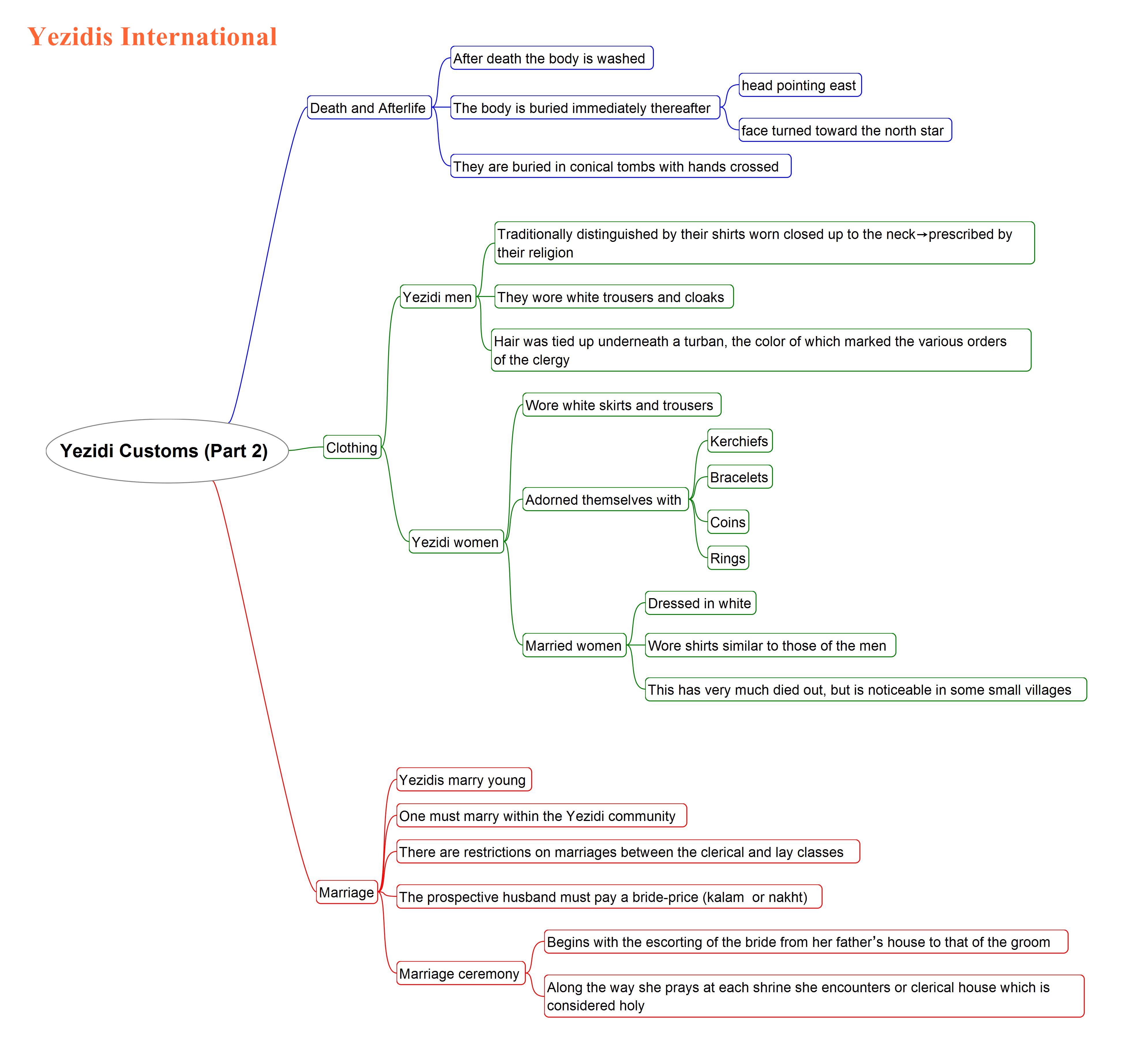